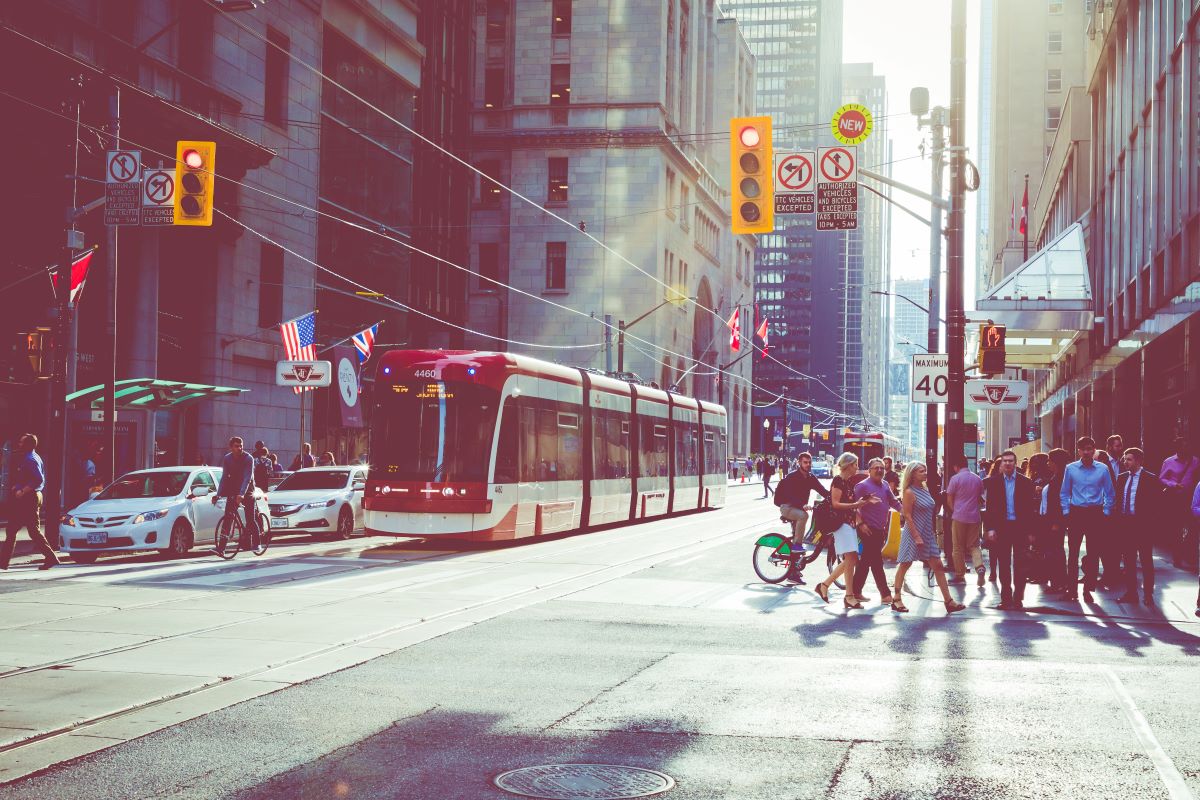 What's the Best Way to Get Around Toronto?

Toronto is one of the most vibrant cities on the Canadian real estate market, and people flock to the Queen City to enjoy its exceptional cultural, educational and recreational opportunities. The Greater Toronto Area (GTA) also boasts a number of urban employment centres, such as Markham, North York and Mississauga. To support its bustling nature, this city is full of great transit options too. Whether you prefer to drive, bike or ride Toronto public transportation, you'll enjoy getting to your destination. Here are some of the best ways to get around Toronto.

Public transportation is run by the Toronto Transit Commission, better known as the TTC. It runs subways, buses and streetcars throughout the city. There are two major subway lines and two smaller lines; the major lines are Bloor-Danforth and Yonge-University-Spadina. The Sheppard line runs in northern Toronto while the Scarborough line runs in the northeast. The Bloor-Danforth line is the TTC's east-west subway, running from Kipling Avenue to Kennedy Road and back. It connects with the Scarborough line at its eastern terminus.

The Yonge-University-Spadina line runs along a north-south route, connecting Finch Avenue in the north to Union Station before moving north again on University Avenue. At the St. George station, you can transfer to the Bloor-Danforth line or the Spadina extension. At Sheppard station, you can connect to the short northern line.

Buses and streetcars are also major forms of public transportation in Toronto, running on both east-west and north-south routes. There are over 82 kilometres of streetcar lines in the city, and they cover 11 routes. The 501 streetcar actually takes the longest above-ground transit route in North America. Toronto's distinctive red streetcars are part of the city's unique visual identity. Most of the streetcars run 24 hours a day.

Paying for Your Toronto Transit Fares

A single transit ride costs $3.25 when purchased in cash. However, the TTC system overall is moving to the use of the PRESTO Card. For adults, a single fare paid for using the card is $3.10. Many active commuters opt for a monthly pass, which costs $151.15, or a 12-month subscription to monthly unlimited access, which costs $138.55 each month. Discounts are available for seniors aged 65 and up and youth between the ages of 13 and 19. University and other post-secondary students can also purchase a discounted monthly pass while children 12 and under ride free.

Visitors wondering how to travel in Toronto may also be interested in the day pass, which costs $13.00 and allows unlimited use of all modes of transit on the system for one day. On November 30, 2019, collector booths at subway stations will stop selling cash tokens as the system moves all users toward purchasing a $6.00 PRESTO card. You can reload your ticket at a wide range of self-service reload machines available at transit stops, stores and Toronto Pearson International Airport.

Many homebuyers in the Greater Toronto Area love the health and environmental benefits of cycling. Separated bike lanes on major roads, including Richmond, Bloor and Adelaide streets, make it easy for cyclists to explore the city. More bike lanes are being constructed, and there are many specialized bike trails for those who want a more recreational option.

If you have your bike already, you can get on the roads and start riding. You can even use Google Maps' built-in function that points out the most cycling-friendly routes. If you don't have a bike, a great way to get started is by participating in Bike Share Toronto. There are over 2,700 share bikes available at docking stations throughout the city, and 24-hour packages are available as well as monthly and annual subscriptions that let you access the network at any time.

"GO-ing" to the Greater Toronto Area

If you are a new home buyer in the areas surrounding the city centre, GO transit provides train access that carries over 70 million riders each year. GO trains and buses bring people to and from downtown Toronto's Union Station, where you can connect to the TTC. The GO network is a regional train and bus system that reaches Hamilton, Kitchener-Waterloo, Newcastle, Peterborough, Orangeville, Beaverton and Niagara Falls. If you enjoy a more suburban-style but want to regularly commute to Toronto, these green-and-white public transit vehicles can make your ride to the city centre easier and more accessible. Of course, many Toronto suburbs, including Mississauga and Kitchener, have their own public transit systems that connect easily to GO trains and buses.

If you're looking for the best way to get around Toronto, there are plenty of other options to consider, from taxis and rideshare services to using a car of your own. Efficient, easy public transit options make it easy to enjoy the city. There are amazing new homes in Toronto waiting for you, and New Home Listing Service can help you find a beautiful place and an excellent fit for your active lifestyle.